Why Your Post-Marathon Celebration Should Always Include a Beer! 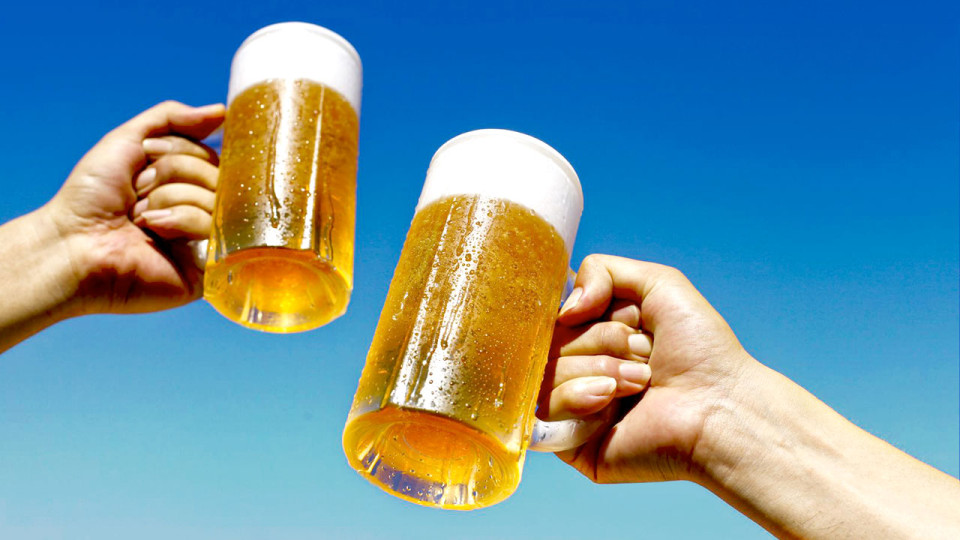 When the U.S.A. was first settled in the 1700’s, beer-making became a top priority because the water wasn’t fit to drink on the new continent. In other nations around the globe, beer has played an equally important role when water supplies were undrinkable, but until recently, beer’s medicinal reputation didn’t measure up to wine—until scientists began to discover just how many health benefits a glass or can of beer offers.

So, next time you run a marathon, you owe it to your body to grab a few beers, and don’t be hesitant to tell everyone why. When your fellow runners find out how many health benefits are found in beer, they may just beat you to the tap!

Think of a tall, frosty glass of beer as a form of water, since a Spanish study proved that athletes drinking a beer, in addition to post-race water, rehydrated better and faster. That’s not the end of the health benefits you can count on if you drink a beer or two a day.

According to a Tufts University study on athletes, a couple of brews daily can actually strengthen bones, resulting in a 4.5 percent greater bone density. Why? Because beer is 93 percent water laced with lots of antioxidants. But limit yourself to two if you’re a guy and one if you’re a woman. Keep drinking and your bone density could plummet 5.2 percent.

Not only can a beer a day keep the eye doctor away—according to Canadian researchers investigating the effects of one beer on eye health, but thanks to the big boost in antioxidants found in dark beers, your chance of developing Type 2 diabetes decreases.

That, plus one’s blood pressure benefits from a daily beer. And still yet, according to another beer study conducted in Finland, your risk of kidney stones drops by 40-percent.

By imbibing beer daily, you can look forward to running for decades longer because a modest amount of beer also wards off infections, an Oregon Health & Science University research study concludes.

All of those antioxidants decrease your risk for heart disease and beer can also lower bad cholesterol and improve good cholesterol. Finally, as a rule of thumb, the more malt used to brew your beer, the more loaded the beverage is with rich, concentrated levels of vitamin B.

Whether you reach the race finish line after achieving your ideal run time or that finish time is best forgotten, your post-run thinking capacity can be enhanced by drinking a beer or two daily, because the beverage has the capacity to improve the mind, according to the Consciousness and Cognition journal.

While your race buddies may think their post-race wine improves their personalities and confidence, beer actually does a better job of improving both. British researchers found that a few drafts are all it takes to elevate a racer’s feelings of confidence and self-worth, so even if you crossed that finish line last, you still deserve that post-race beer for the positive self-perception it offers.

Of course, we don’t have to tell you that imbibing a couple of beers before a race makes absolutely no sense, right? Your peak performance depends upon following traditional pre-race hydration and beverage intake rules. Save that beer for later!

What Kind of Beer?

If you’ve gotten into the habit of grabbing a light beer because you’re fearful of weight gain, it’s time to step up to the tap and order a rich, dark Singapore-brewed stout, because the darker the color, the more antioxidants you take in every time you sip your beverage.

There’s another benefit to choosing dark beers: the Journal of Science of Food and Agriculture analysed dark vs. light beers and found a higher concentration of iron in the dark ones as a direct result of chemical changes that take place during the brewing process.

Given a choice, it’s always wiser to go for the darkest beer on tap so you get all of the healthy advantages plus the flavour and enjoyment. By the way, in case you’re unclear about that “one or two beers a day” reference, that translates as one 12-ounce beer per day for women and two for men. Period.

But, stay safe! You want to live to run another marathon, right? In Singapore, don’t be foolish and ignore laws Parliament passed in January that restrict alcohol consumption in public places between 10:30 p.m. and 7 a.m. (take-away booze sales end at 10:30 p.m.).

Get the skinny on all aspects of this new law and alert your running friends, too.

If you could order only one brand of beer at your favourite post-race gathering spot, which would it be? Think of your input as a public service; your recommendation could help fellow athletes discover a beer that becomes their favourite, too.

Running Vegans: Is A Plant-Based Diet Good for Runners?

How You Can Survive Chinese New Year Feasting Easily