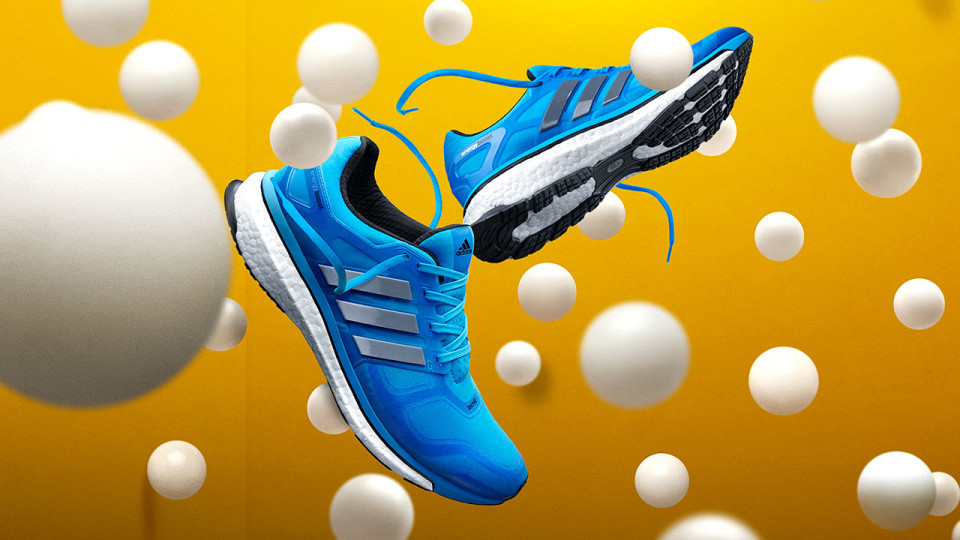 Enjoy Both Cushioning And Responsiveness

To answer the call, adidas and partner BASF, the world’s leading chemical company, developed BOOST foam cushioning that returns more energy than any other foam cushioning in the running industry. BOOST technology merges the qualities of performance cushioning and responsiveness that runners were previously forced to choose between. Energy Boost, the first shoe to feature BOOST technology, was unleashed last February and it continues to provide runners with a unique Energy Running experience.

“BOOST has blazed the trail for Energy Running and reflects adidas’ commitment to strategic performance innovation. As the shoe that helped us introduce BOOST™, the Energy Boost demonstrates the elaborate research and cutting edge development required to satisfy today’s Energy Running crave.”

The upper of Energy Boost features adidas Techfit, a highly durable elastic polyurethane that provides optimal comfort and support to the entire foot while in motion. The formfitting, breathable mesh material offers the fit of a sock, while engineered powerbands across the upper provide targeted support and stabilization. Energy Boost also includes an extended heel to toe TORSION system which helps minimize roll for stability. This feature works with an external heel counter which maximizes the heel fit and comfort during runs.
On 26 February 2014, adidas will unveil the first wave of new Energy Boost colourways and it will launch a second series in March to complement its state-of-the-art Energy Running technology.