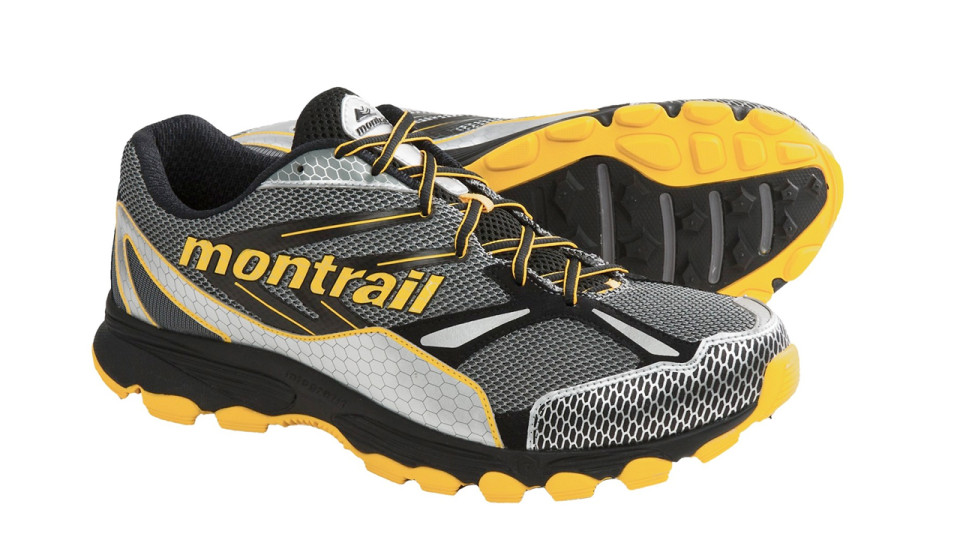 For all you trail seekers out there, the brand, Montrail, might ring some bells. Yes, the elusive US trail specialist has finally made landfall in Singapore with somewhat a modest range of trail running shoes to begin with. RunSociety made a trip down to World of Sports (Exclusive Distributor for Montrail) to check out Montrail’s latest collection. All we can say is the Badrock stood out amongst the five to six other variances offered by the shoemaker.

Well, it’s no secret that proper trails are in short supply in Singapore. So to spend those extra bucks on a trail shoe might not be the most feasible unless you’re… hardcore.

Montrail’s Badrock is a hybrid of sorts which can used on both road (flat) and uneven terrains. The shoe’s ability to adapt has been made possible by Montrail’s revolutionary FluidPost™ pronation control technology. According to Montrail, it consists of a progressively denser midsole construction that provides soft cushioning on the lateral (heel-strike) side, graduating to a denser, more supportive material on the medial section. This allows for an adaptive, smoother and more comfortable foot landing, delivering support where’s it needed the most. It also reduces the risk of injury to the foot and knee by slowing the rate of pronation.

Midsoles usually represent a significant portion of a running shoe’s composition, especially in the trail segment. Most of it has to do with cushioning and support. Montrail has found a way to add that comfort factor without increasing the sole’s thickness and weight, all with a technology called Terra Hex™. Terra Hex™ is made up of EVA foam, cut into a field of hexagonal posts that provides added cushioning and multi-directional flexibility.

Moving on, let’s talk about outsole grip – key to stability whether on the road or trail. The Badrock’s answer? Gryptonite™ – a sticky rubber compound that’s engineered to work on wet and dry surfaces.

If you thought the Badrock’s got some outstanding features so far, what’s even more enlightening is its Trail Shield™ feature at the forefoot section that’s designed to protect you from rocks, roots and other trail debris. The Badrock’s Trail Shield™ protection material is co-moulded between the mid and outsole.

Also, just to lighten things up, there’s no need to be concerned if you’re wide or narrow footed. The Badrock has a Variable Fit system that wraps itself around an individual’s unique foot curvature.

RunSociety’s take is that the Badrock’s most suitable for recreational and semi-professional runners who enjoy both the trails and roads, and would like that added protection for peace of mind when they head outdoors. It weighs in at 325g (US 12.5) for Men and 265g (US 5.5) for Women.