Are You Ready When the New Saucony Ride 8 Arrives on Shelves? 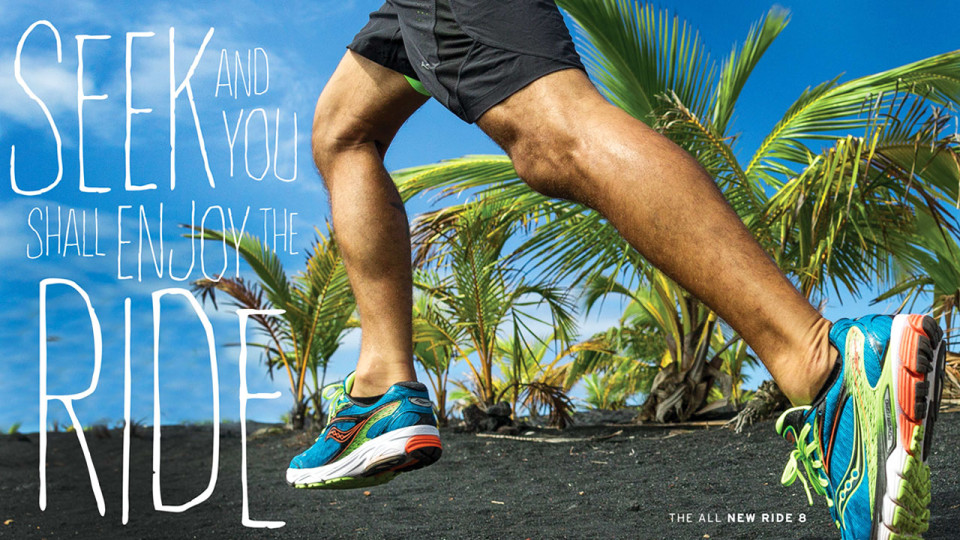 Not everybody throws a party when running shoes are introduced to the retail market—but when a shoe is as eagerly anticipated as the latest version of the Saucony Ride 8, someone could start popping champagne corks.

When can the Saucony faithful get their hands on a pair? In August. That’s when stores could be overrun with enthusiasts who would rather do a marathon in ballet slippers than wear a running shoe that doesn’t bear the Saucony logo. The shoes are coming. The time for celebration is at hand. Just don’t try to drink champagne out of them or you’ll defeat the purpose of these eagerly-awaited, re-engineered performance trainers.

In case Saucony isn’t the first name on your lips when you shop for running shoes, try on a pair once they’re on the store shelves. Ride 8 innovations were inspired by runners who tested multiple versions until the final prototype passed muster with these hard-to-please critics. Remember that your fellow runners repeatedly commented on the look and feel of prototypes, and only after the last iteration of Ride 8s were deemed to be perfect were they manufactured and readied for the market.

Is this the first time Saucony released a shoe for retail distribution rather than selling it online? The answer is no; the original Ride 7 shoe received a hero’s welcome after being named a Summer 2014 “Editor’s Choice” by Runner’s World magazine editors. You might say that junior is following in the footsteps of a legendary father into the retail arena. How does the new Saucony Ride 8 compare to the last one? Markedly. A re-vamped FlexFilm upper offers a snug fit and the improved heel strike zone delivers optimal transitions between foot strike and toe-off. It stands to reason that the new Ride 8 would be the pride and joy of Saucony corporate types, which is how Senior Vice President of Global Product, Pat O’Malley, was tapped to help introduce the new shoe to the running scene.

O’Malley believes in Saucony’s long-range goal of delivering “a perfect synthesis of design elements”, and he’s not bashful about promising wearers a benchmark running experience. The secret behind the re-engineered Ride 8, says O’Malley, is “Good ears. We listen to runners every day and they tell us that light is right, that lighter is faster.”

Given the importance of weight in the area of running performance, the numbers tell the story. A pair of men’s Ride 8s weighs only 9.4 ounces (266.5 grams). The shoe’s SRC impact zone extends to mid-foot from heel for effortless transitions and EVA materials have been replaced by an advanced type of foam that’s 15-percent lighter and 30-percent more durable than EVA. As a result, runners enjoy greater range of motion that enhances stride. Further helping to reduce weight is the Ride 8’s IBR+™ outsole, an injection-blown rubber compound that is 33 percent lighter than traditional blown rubber. Saucony designers didn’t skimp on aesthetics just because they focused on materials and construction. Welded seams have been replaced by breathable open air mesh that helps cool feet during the most arduous marathon. Anyone wearing the new Ride 8s can run at night thanks to silver reflectors strategically placed on the shoes to alert drivers, even on moonless nights.

Saucony’s ComfortLight Sockliner can turn a long run into a perpetually comfortable experience because the heel is cradled like a baby, forefoot pressure is relieved and the shoe’s collar has been improved to stand up to soggy environments, credit to RunDry lining’s wicking properties. The shoe’s 8mm heel-to-toe offset positions the foot during impact in a way that creates a greater range of motion for the Gastrocnemius-Soleus-Achilles tendon system, allowing for a more powerful running stride.

Saucony movers and shakers put plenty of energy into deciding the appropriate time to debut the new Ride 8 to the retail world and settled on August 2015.

Saucony Ride 8 GTX: All the benefits and strengths of the Ride 8, with waterproof breathable Gore-Tex® and a DWR treated sockliner to keep your feet dry and comfortable in the worst weather you can stomp through.

Sales are expected to be brisk, so showing up early isn’t the worst idea you’ll ever have. After all, the Saucony motto is “A good day is when we get to run. A great day is when we inspire someone else to run.” Plan to do both when you start your day shod in a new pair of these awesome shoes.