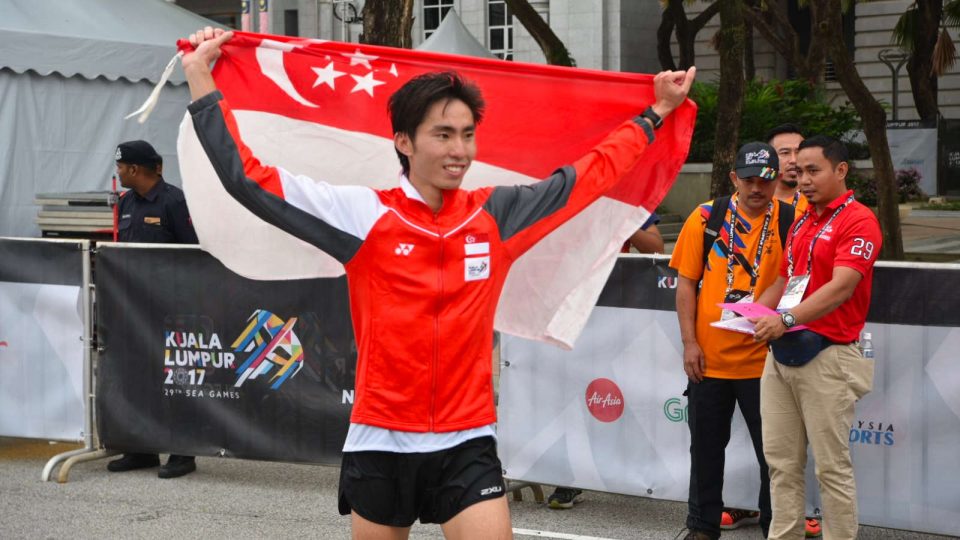 Defending champion Soh Rui Yong clinched gold in the men’s marathon at the SEA Games in Kuala Lumpur on Saturday (19 Aug) and became the first Singapore man to defend SEA Games marathon titles, crossing the finish line in 2hr 29min 27sec in front of the Istana Kehakiman in Putrajaya.

This timing is about five minutes better than his previous 2015 SEA Games in Singapore, where he won gold in a rain-drenched race, clocking 2hr 34min 56sec.

No word yet from the official timekeepers for now, as ??'s Soh Rui Yong clocks an unofficial time of 2:29:30 in his #KL2017 marathon win pic.twitter.com/NhAK8fRTBU

Singapore’s other participant Mok Ying Ren, who won the SEA Games gold medal in Myanmar in 2013, finished seventh out of the 15 competitors in 2hr 44min 31sec.

26-year-old Soh is also the holder of the national marathon record of 2hr 24min 55sec.

Here are the finish times for this morning's Men's marathon at #SEAGames2017 as #OneTeamSG's?? Soh Rui Yong officially clocks 2:29:27 ? pic.twitter.com/zxe0wFt2LN

In the women’s marathon, Jasmine Goh finished fourth out of six runners in a time of 3hr 13min 46sec, while Rachel See was sixth with a timing of 3hr 46min 41sec.

Nathaniel is a disciplined casual runner and a lover of bananas. As a columnist for RunSociety, he is always on the lookout for exciting and controversial topics that touch the heart of the running community in Singapore, often adding in his funny observations. He has embarked on a mission to start a world class running group in Asia.

How to complete the 6 World Marathon Majors