The Energizer Night Race 2014 Lit up the Streets of Kuala Lumpur with 15,000 Runners! 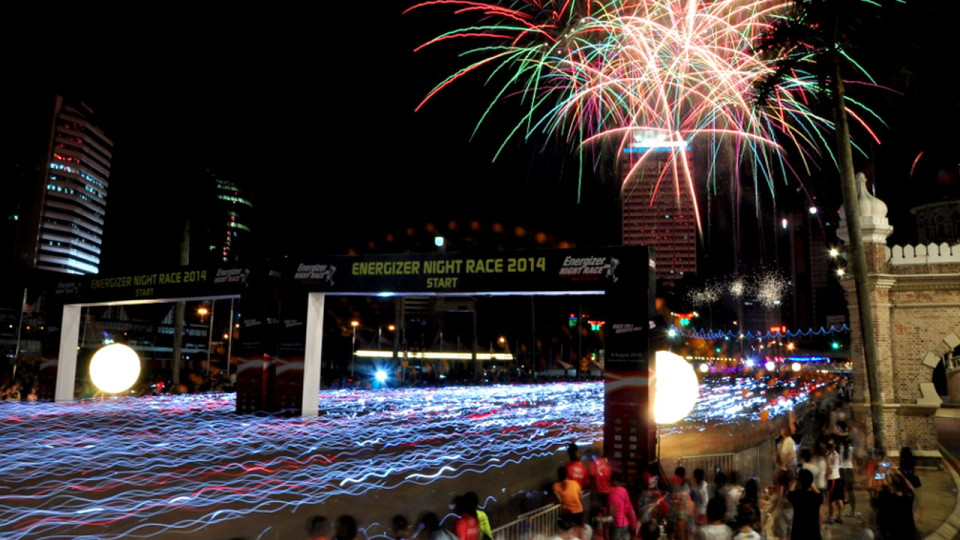 Flagged off at the iconic Dataran Merdeka by Datuk Haji Ahmad Phesal bin Haji Talib, the Mayor of Kuala Lumpur; and Mike Foong, the Managing Director for Energizer Malaysia & Singapore, runners enjoyed fireworks and musical accompaniment as they took on the route ahead.

Transforming the Streets of Kuala Lumpur into a River of Lights!

The race was organized by Twenty First Century Sports, collaborated with Dewan Bandaraya Kuala Lumpur (DBKL) and was sanctioned by the Federal Terroritory of Kuala Lumpur Amateur Athletes.

Along the route, the runners were spurred on by drummers lit by LED lights, laser shows and much more. There was also the breathtaking background vista of Kuala Lumpur at night, as the runners took on the route turning the streets of Kuala Lumpur into a “River of Lights”.

Michael Xenos, the winner of the 15km Men’s Open category crossed the line at 53 minutes 29 seconds; while Jackline Nzivo, who was crowned the 15km Women Open category, finished her run at 1 hour 38 seconds.

Lighting up the Lives of the Orang Asli Community

Dataran Merdeka was transformed into a carnival area featuring exhibits from Energizer, sponsors and their CSR collaboration partner, EPIC Homes. The carnival area also hosted the “Light Up The Dark” initiative which will see Energizer building homes for the Orang Asli of Peninsular Malaysia and successfully raised about RM$200,000 toward the cause. The initiative gained further momentum with runners, supporters and visitors making contributions in cash and in kind at the Energizer Night Race site.

“We are proud to be Malaysia’s largest night race and the numbers really demonstrate the spirit of Positivenergy, we would like to thank all runners for the amazing support shown. As shown by their participation in the Energizer Night Race, we hope runners will continue to empower themselves to make positive changes to the society,”

“The participants at the Energizer Night Race have truly been inspiring and EPIC Homes is really excited to be part of Malaysia’s largest night race.The ‘Light Up the Dark’ initiative will definitely go a long way in making lives of the Orang Asli tribes a much more secured one.”

The Energizer Malaysia team will embark on building the houses after the race and is scheduled to be completed by end of 2014.

With fireworks and raising funds for a charitable cause, the Energizer Night Race in Malaysia was definitely an unforgettable experience!