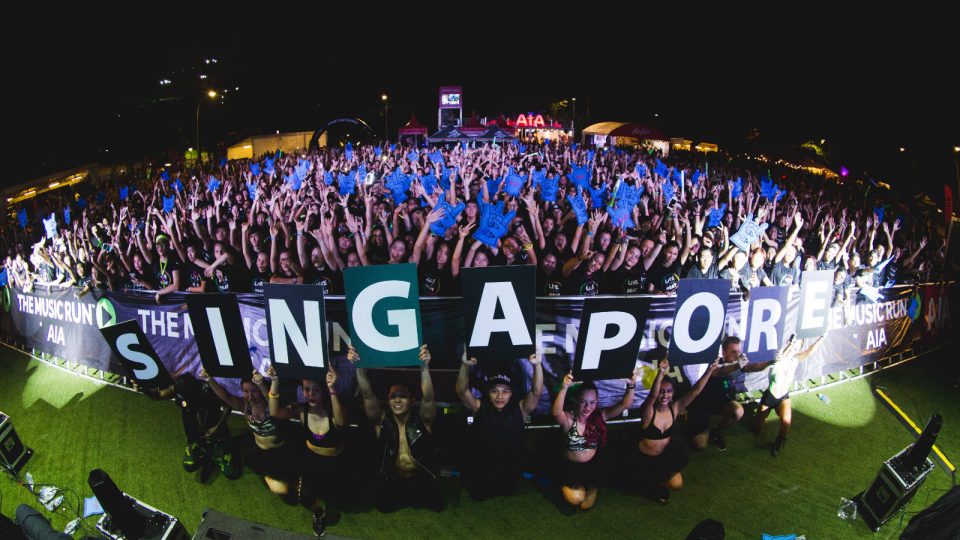 In the third edition of the world’s loudest fun-run, The Music Run™ by AIA 2017 delivered an awesome experience that had all Singapore participants running, dancing and partying to the most sensational beats yet on 6 May 2017, Saturday at Sentosa.

The Music Run™ by AIA has become one of the fastest-growing fun runs worldwide since its launch in Kuala Lumpur in 2014. With multiple sold-out events in Asia in 2016, The Music Run™ has announced new tour dates in India, Europe and South Africa this year and promises to reach over 350,000 Music Runners™ worldwide with its unique total music immersion experience.

“This is the 3rd year we’re bringing the beat back to Singapore and we’re encouraged to see Music Runners™ sign up again and again over the years. This is really an affirmation that Singaporeans love The Music Run™ by AIA and the unique experiences it offers. We can’t wait to start planning next year’s event and surprise the crowd once again with what we can offer.”

The Music Village opened at 3.30 p.m with many activities and exciting games everywhere that leave Music Runners™ spoilt for choice.

Singaporean singer and actor, Nathan Hartono took to the stage at 4.15 p.m. with his energetic pop jazz tunes, turning the already-festive atmosphere up a notch.

In addition, AIA added a future-focused touch this year with the introduction of an Augmented Reality (AR) APP – “TMRbyAIA-AR (SG)” which allows Music Runners™ to trigger AR filters by scanning special markers or signs in the AIA@Music Village, AIA Rock Highway and AIA Electric Avenue. The app is available for download on GooglePlay and the AppStore.

At 5pm, Music Runners™ headed to the Sound Track where they grooved to the rousing beats of top-voted songs like “Heathens” by Twenty One Pilots and “Faded” by Alan Walker in the AIA Rock Highway, and AIA Electric Avenue respectively.

The songs were determined by a bespoke online music app developed in partnership with Spotify®. Pounding, upbeat music motivated the Music Runners™ throughout the 5km route, which was lined with over 120 concert quality speakers along the way. Each kilometre of the route featured five different music genres – Rock, Pop, Old-School, Hip Hop and Dance.

In each Music Zone along the 5km route, Music Runners™ were treated epic photo opportunities such as a stage performance by “rock stars” along the AIA Rock Highway; a red carpet along Pop Street; old school doppelgangers along Memory Lane, dancers and a souped up car at the AirAsia Hip Hop Alley, and a dance tunnel and a live DJ spinning on a forklift along AIA Electric Avenue.

After the run, Music Runners™ moved on to the Music Festival where Australian DJ Sam Withers, back for his second year, kept the party mood high with his pulsating mix of feel-good songs and upbeat tracks.