I Run Marathons as a Tribute to My Heroic Grandmother 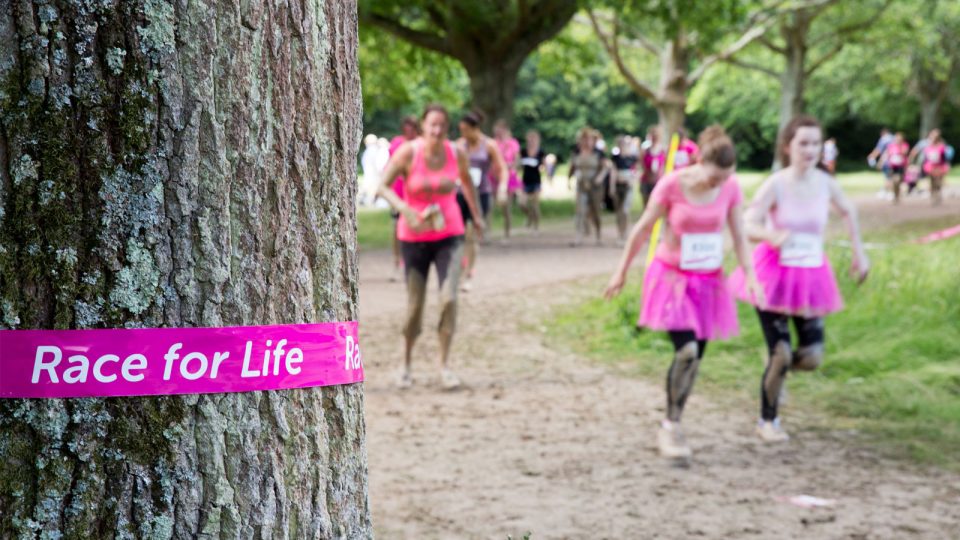 This may be my grandmother’s story, but you can’t imagine how many runners I’ve inspired by sharing it when spirits flagged, a marathon victory seemed at odds with reality or a fellow runner gave up hope.

Grandmother’s name was traditional, but she was anything but, despite having been born in 1935. I think of her every time I visit the National Museum of Singapore’s Modern Colony Gallery where the evolution of women’s identity and social status in our nation is showcased there on Level 2.

In 1935, Singapore was far from the modern, sprawling metropolis it is today. The economy was suffering from the end of an era in which rubber plantations were a mainstay of national revenues, women were popping out an average of 4.7 babies each and remained tethered to homes cooking, washing and cleaning.

It would be 26 years before grandmother would celebrate the enactment of the 1961 Women’s Charter. This law was supposed to free women by legislating equality of both sexes, and since she had already liberated herself by marrying late and having only one child (my mum), she was pretty evolved.

She permed her hair and she wore trousers — and my grandmother liked to run. A lot. She sometimes drew stares from contemporary women whose sense of style hadn’t changed since the turn of the century! My mum swears she looked upon her with an equal mix of embarrassment and awe.

My granny is diagnosed with cancer

How ironic the confluence of events: my grandmother’s diagnosis of breast cancer came on the heels of Singapore’s independence in 1965. She joked that if the nation of her birth intended to become independent without allowing her to fully celebrate, she would just have to be cured. And so her first diagnosis proved early enough to treat, but she was forced to undergo the mastectomy of one breast.

To celebrate her recovery, Granny decided to train for the 1984 Singapore Marathon, won that year by Hong Kong’s Winnie Ng. Grandma ran a respectable race but she was no Yeo Poh Cheow who took gold running 3:24:27. Now age 49, she became a grandma. That’s where I come into the story. Granny insisted I be given the name Kersti for the Danish runner who took first place that year.

You can’t slow a determined woman down

I was just 10 when cancer once again darkened Grandmother’s doorstep. Do you remember how you viewed the world when you were 10? I believed that all things were possible and Granny assured me that if she beat it once, she could do it again.

She subjected herself to radical treatments — the best available in 1994 and 1995 — and I did my best to visit as often as possible, but I was busy with school, and in 1995 physical fitness was “the name of the game.” Students were asked to meet fitness levels and I took to running like a duck to water. I passed the National Physical Fitness Award test in year one!

Meanwhile, Granny battled mightily against her latest cancer assault and she kept running until her treatments so debilitated her, she was content to watch marathons on TV from her bed, where she cheered her favourite female runners.

As for me, I was about to take part in my very first 5k at the Serangoon Stadium. We were too young to participate in the 37th Inter-Club Championship run by the SAA that year, but the government hosted an inter-school rivalry and I made the team.

On the night before we ran, I went to visit Granny and while she was weak, she was so enthusiastic about my first competition the next day, she gave me a lucky four-leafed clover and told me that “something good always happens” when one has a four-leaf clover. I was excited and thankful. “You can’t lose!” she assured me, “You have my tradition to carry on!”

Granny was right. I won in my category the next day and as I ran off the field to show off my medal to my Mum, I noticed that she was sad but she didn’t want to ruin my big day, so it wasn’t until we got home that she told me that Grandmother had died peacefully in her sleep at almost exactly the moment I crossed the finish line.

I wondered why Mum was looking at her mobile rather than at me when I crossed the line. Now I knew.

Gran runs with me every day and in every way

What’s my ritual before I queue at a marathon start line? First, there’s always a fresh four-leafed clover beside my bed on race day, and the locket holding granny’s photo — taken of her crossing a finish line decades ago — comes with me, too. I don’t have a daughter yet, but this tradition will stay with me throughout all of the days of my life.

Mum jokes that I need to remember that runners skip a generation in this family of strong women, but I have a hunch that Gran is going to have something to say about that from her little corner of heaven! Actually, I’m counting on it.

Kersti Wang likes to joke that passion for running and marathons skipped a generation because her mum never owned a pair of athletic shoes! Because her biggest regret is not having had more time with her grandmother, there’s not a cancer-related charity marathon in Singapore that’s not on her calendar.

The article is contributed by members of the community. All stories are based on real life personal experiences or actual events encountered by the authors and related parties. Some names and identifying details have been changed to protect the privacy of individuals.

Firsthand is RunSociety’s home for inspirational, provocative narrative articles. Do you have a story to share? Read our submission guidelines, and pitch us at hello@runsociety.com.

We've decided to devote a section of RunSociety.com to enable our community to share thoughtful, in-depth, engaging personal narratives that explain the most important topics in life and running. We're calling this section Firsthand.