11 Exciting Upcoming Singapore Running Events You Should Not Miss 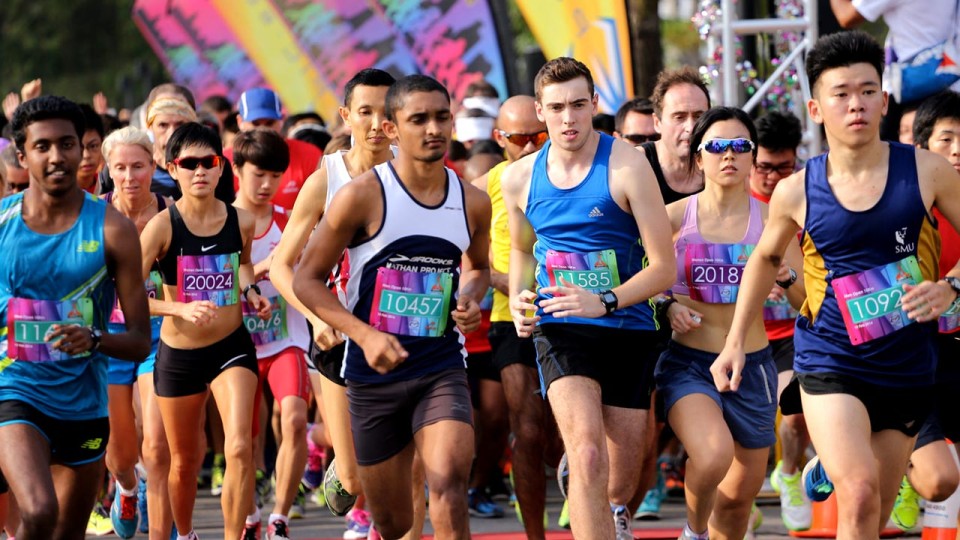 In the blink of an eye, March has arrived! With only 3 months till we’re halfway through 2014, runners are spoilt for choice with the exciting number of races to join.

Here are some highlights for 2014:

The distances are pretty conventional, with routes from 5km, 15km, 25km, and 45km, but instead of a predetermined route, runners are given a map with marked control points all over Singapore.

The challenge is to plan their route to cross all control points in the fastest time possible!

Although we’ve had several night-themed fun runs, running in the night with party music is never a dull affair. The Skechers Electric Run promises to add their original twist on this with several fantastical ‘lands’, each with their own unique theme.

The NTUC Income Run 350 is meant raise awareness about long-term environmental sustainability, and proceeds go to the Plant-A-Tree program.

With last year’s run attracting over 11,000 people, this year’s NTUC Income Run 350 looks to be a great addition to any runner’s who is looking to add a 21km or 10km run to their itinerary.

The 18th edition of the HomeTeamNS Real Run will coincidentally be held on 18 May this year. Fans of the run will enjoy the challenge of running on different terrains with differing elevations.

With 2013 and 2012’s race routes being held in different locations, it remains to be seen exactly where the 2014 race will be held.

Good news for runners put off by the 10km distance: a new 5km category has been created for you to have the “Real” running experience.

With the emphasis on having a “feel good” atmosphere, party animals won’t feel out of place in this 5km run/walk.

Being surrounded by greenery is a welcome change for runners in bustling Singapore, so be sure not to miss the chance to run in an uninterrupted natural space.

Let the kids have their time to shine with the Cold Storage Kids’ Run, which happens to be Asia’s very first kids-only running event!

While the race location and categories have not been confirmed, expect it to be similar with last year’s choices categories, including 800m to 1.6km for children up to 12 years old.

Heat exhaustion will pretty much be impossible in this race, as you’ll be soaking wet with suds at the 5K Foam Run.

With inflatable slides as obstacles, this fun run held in Sentosa is sure to evoke childhood memories of splashing good fun in waterparks.

The Sundown Marathon is Singapore’s next “big marathon”, where crowds of over 20,000 are expected to participate in their 10km, 21km, and 42km categories.

With flag off time starting at the stroke of midnight, runners will be able to escape the tropical sun, and hopefully push for their own personal records in the process.

This year’s Pocari Sweat Run will be its third iteration, and still going strong. The race will be held at the Marina Bay Area, with 10km and 5km competitive categories.

Newcomers to running can improve on their training with run clinics on 15 March and 5 April, which is organized by Tan Tock Seng Hospital Sports Medicine and Surgical Clinic.

This vertical marathon has been going on for 20 years! Billed as an alternative to flat road marathons, the National Vertical Marathon has attracted a great following of tower climbing.

This year’s vertical marathon will be held at One Raffles Place, and participants will climb up 63 stories to reach the top of one of Singapore’s top 3 tallest skyscrapers!

One of Singapore’s biggest running events, over 46,000 runners turned up for last year’s run along the Marina Bay. Expect this year’s SAFRA Singapore Bay Run & Army Half Marathon to be adrenaline-charged, as full-time National Servicemen come out in strength to run the fastest possible times for their respective units.

Along with the Pocari Sweat Run and National Vertical Marathon being held on the same day, we know you can’t be in 2 places at the same time!

That is why this is not an exhaustive list. There are so many races that we won’t have the time to go through them all.

There are simply too many exciting races to talk about!

For the full list of running events in Singapore, check out RunSociety’s running calendar.

Discuss the races that YOU want to join in the RunSociety forums!