Dear Morning Runners, Our World Needs to Start Respecting You! 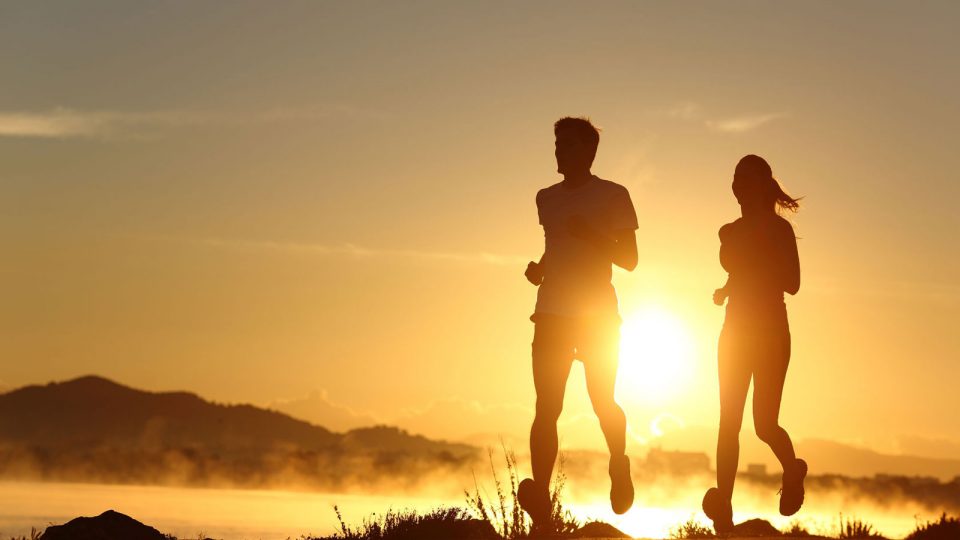 Many years ago, one of America’s most popular TV personalities was a man named Rodney Dangerfield. He was best known for comedic stand-up routines where he made fun of himself by telling the world, “I don’t get any respect!” It didn’t matter what he did, respect was an elusive butterfly, landing on everyone’s shoulders but his.

Why use this example to broach the topic of morning runners? Because they don’t get any respect, either, and nobody we’ve met can explain why. After all, these athletes are more dedicated than nighthawks who, like vampires, wait for sundown to appear. We’re out to set the record straight by proving morning runners don’t just deserve respect — they’ve earned it!

Whether they are so fearful of oversleeping they set six alarm clocks, own two FitBits and set wake-up times on both or make their roommates promise to kick them out of bed if they oversleep, morning runners exhibit a unique respect for time and for that reason alone, these early birds make terrific role models because they tend to squeeze more into a day than most and reap rewards as a result.

According to research, pre-dawn joggers, out the door and ready to log some miles, are more likely to experience a runner’s high than those who exercise after they’ve eaten. This phenomenon has to do with leptin, a hormone that triggers hunger.

Amazingly, leptin does more than just let a runner know that he hasn’t eaten; this chemical reaction actually induces runners to keep going while feeling happier at the same time. Think of yourself as a caveman who hasn’t eaten in days. Leptin kicks in and he speeds up his efforts to find food!

Since when did you hear about the VP down the hall calling a department meeting at 6 a.m.? Doesn’t happen. Mornings are special times reserved for farmers, milk delivery drivers and new mums whose babies adore sunrise, even if they’ve been up most of the night.

Runners share the bright new day and enjoy the luxury of knowing that work colleagues, clients and customers are still tucked into their beds, so you couldn’t miss a staff meeting or important appointment if you tried because you have early morning all to yourself.

…so they stay safer, avoiding injury and accidents that runners taking to the streets later in the day risk. Singapore athletes living in neighbourhoods where traffic is dense find streets in the earliest hours in urban areas give them more room to navigate.

If trail running is your thing, you see more birds, fewer people and breathe cleaner air than runners who appear later in the day, when air may be saturated with exhaust fumes from vehicles – even before temperatures escalate. Besides, if you indulged your party animal on the night before, did you know that early morning running is a hangover cure? When you run, extra blood floods the body to wash away toxins.

…by buzzing cell phones, crazy texts and links to the cat videos your friends send to flood your mailbox. They — and their electronic devices — are still asleep, so once you clear out junk that came in overnight, you could find yourself running along without a single beep, ringtone or creepy sound indicating a communication awaits for the duration of your conditioning run.

Any runner who would love to know how it feels to be free of electronic interruptions can find early morning running a miraculous experience.

Morning runners get a first look at Mother Nature’s miracles.

A new day is like a fabulous painting to the morning runner who is given the gift of surprises that include dazzling sunrises, dew on the grass and sun shining down on freshly-fallen snow.

Rivers and lakes teem with life and if you choose any of Singapore’s rural paths and park connectors, you never know how many four-legged creatures you may encounter along your run who stare at you as if to say, “What kind of human is this who shows up when we usually own this time of day?”

Have we convinced you to become a morning runner?

Having read our list and realized you want to know what it’s like to have the early morning all to yourself to exercise your body, your mind and soul in relative peace and tranquility, we’re happy to help so you don’t make the mistake of lurching out of bed hours earlier than normal to switch up your usual running time.

Jumping out of bed can be so disorienting, we’ve heard tales of runners who crashed into furniture, sprained toes and tripped over their dogs. Instead, introduce yourself to the Zen of morning running by gradually taking these four steps:

Have you tried to become an early morning runner but lost the battle to your schedule? What did you do to remedy the situation — or did you just give up?

Solo Running: Amazing Things Can Happen to Those Who Run Alone