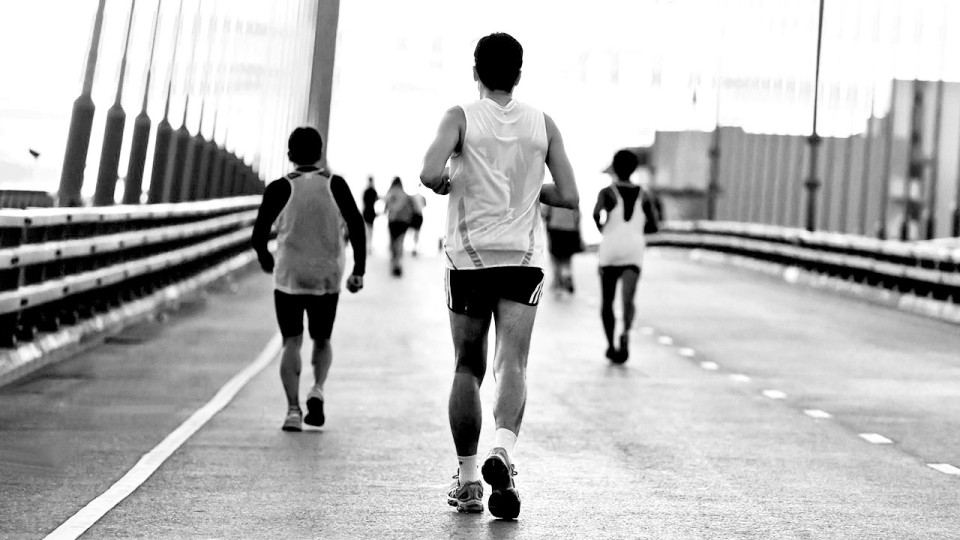 It takes someone special to wake up one day and decide, “Hey, I’m going to run the circumference of the Earth”! That’s exactly what Thomas Picard decided to do back in 1991. That’s a jaw dropping 25,000 miles, or 40,233km!

A single father with with 4 children, this plucky American national has lived in Asia almost full-time since 1984 (17 years in Tokyo and 12 years in Singapore).

Surgery and injuries don’t seem to slow him down, and more than 2 decades later, Thomas still feels every bit as committed to complete his dream.

But even the loftiest of goals have a concrete plan. And Thomas’ grand dream of running the width of the earth comes in small, manageable chunks; running 1,000 miles (1,500km) every year, for 25 years.

His plan has already been 24 years in the making, and this year’s JP Morgan Corporate Challenge is one of the highlights that Thomas will participate in.

RunSociety follows Thomas as he shares his inspirational story with us.

Q: You have a very unique goal: To run the circumference of the earth. That’s 25,000 miles (40,233 km) in 25 years. After some calculations, this comes out to around 4.4km a day. How did you initially come about this idea? How have your thoughts and feelings evolved over the years regarding this goal?

I decided that in order to “keep myself honest” regarding exercise I needed to have an annual goal. It is very easy to start an exercise program but then gradually slip off of it because one gets busy with work, travel etc.

The annual goal forces me to “make up” for gaps where I don’t run by running even more to catch up to the pace I need to fulfill the goal. It has helped me stay focused and complete the 1,000 mile (1,609km) goal every year (I usually exceed it by a few hundred miles).

Q: Do you run your “daily quota” everyday? Or do you save the distance to join in races on the weekends?

I tend to run 5-6 days each week, with shorter runs of 5-6km on workdays and longer runs on the weekends (10-16km) when I have more time. I very rarely will go more than a few days without running – it only happens if I am down with the flu or some other illness.

Q: Were there ever any times when you were unable to go for a run due to injuries or some other issues? How did you deal with that?

In August of 1999 I had spinal surgery to remove a herniated disc in my cervical spine. After the surgery I had to wear a neck brace for about 5 weeks and hence did no running at all while I healed. I was surprised how much I missed the feeling of exercise – the reduced flow of endorphins resulted in some depression. I was greatly relieved to be back on the treadmill after I finished healing.

Q: Could you share with us your current mileage right now? How close is it to your goal?

Q: Even though your dream is almost to fruition, the big milestone will come only next year. So what’s your action plan with regards to training from now until next year?

I will keep doing what I have been doing for a long time: run nearly every day in the gym, and participate in at least one organized run to raise money for a charity.

I haven’t done that so far, but will definitely organize an event to celebrate the 1,000th mile of 2015, which will be the completion of my 25 year challenge!

Q: So which race will you be attending for you to cross the big 25,000 milestone?

That is a good question. My son Robert and I participate in a run in a different country every year and use the event to raise money for a number of charities.

I think I will select a run next year and time it so when I cross the finish line for the run it will also be the 25,000 mile mark for my personal goal.

Q: You’ve been running religiously for the past 24 years. How has this experience shaped your thoughts and approach to life?

It’s made me grateful for the good health I have had, and also helped me keep many things in perspective – that the most important goals in life are the long-term ones. I think that long-term commitment to things one is passionate about is one of the keys to living a long and satisfying life.

Q: As running consistently has been part of your life, would you like to give some advice to procrastinating runners who say “I’m too tired, I’ll run tomorrow”?

Yes! I’d tell them: “If you feel tired then just run a mile, or even a half mile. It doesn’t matter as long as you make some effort – and make it today, not tomorrow. If you get started today, tomorrow will be easier and the next day even easier as you gradually build strength and stamina. Before you know it you will look forward to that daily burst of energy, that rush of endorphins. Good luck!”

Thomas Picard will be running the JP Morgan Chase Corporate Challenge, which takes place on 24 April. All the best!

Here’s How the Keto Diet Helps You to Run Better