Prepare For The HomeTeamNS REAL Run With Sam McGrath 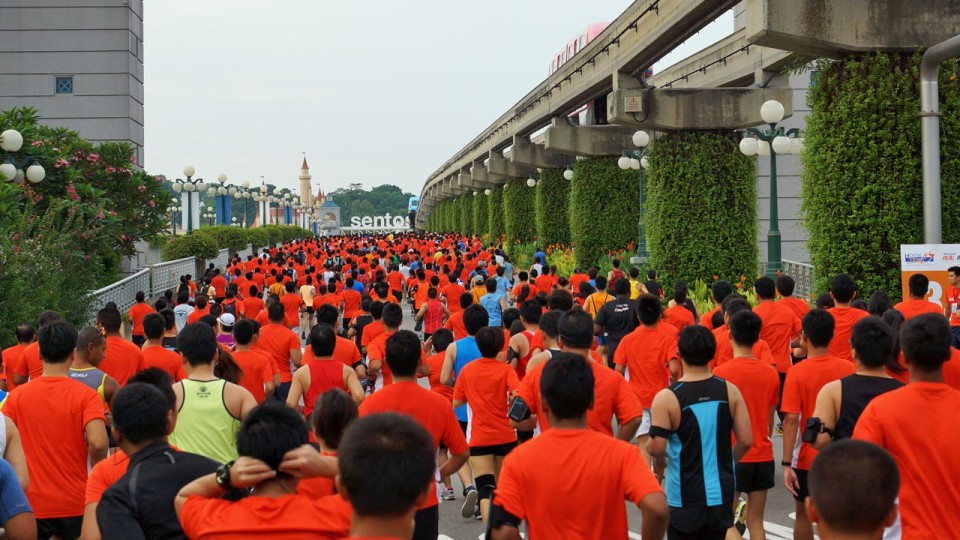 We’ve previously covered the things you may expect during the upcoming HomeTeamNS REAL Run. The combination of Road, Trail and Sand over the 10KM course is sure to challenge yourself.

But what do you need to know, in order to be fully prepared for the race? That is why the race organisers have scheduled a sharing session on endurance running with endurance athlete Sam McGrath from The North Face on 23 April, at the HomeTeamNS@Bukit Batok’s Auditorium.

A well-travelled athlete, Sam has experienced plenty of treacherous terrain in his various trail races. He really enjoys wrestling with himself mentally and physically when the race isn’t going well, then pushing through with a strong finish.

“In China, I suffered severe cramps at the 80km mark, which made the last 20km was a real test of my minerals, but that made crossing the finish line all the more rewarding.”

“During the TMBT I jumped over a King Cobra, only realizing what type of snake it was when I searched for it on Google after the race – I chose not to tell my wife or mum!”

“In most races there are remote views you experience at the top of peaks or by open water that rival any of those perfect photos you see on postcards. I suppose one highlight was running through a nudist colony in Europe…”

He enjoys the sense of companionship he gets from running alongside another runner pushing themselves to their limit. “It’s a great feeling, while at the same time I relish the chance to be alone with your thoughts on the more solitary stretches. I guess I just love trail running!”

While you won’t get any poisonous snakes or nudist colonies in Singapore, gruelling terrain is definitely on the cards for the HomeTeamNS REAL Run. How does Sam find the time and energy to train, while still balancing his family and career as an investment banker?

“I believe it starts by defining what standards you’re committed to in your family, career and running. Thereafter I think it’s about finding a balance that’s congruent with this, accepting that at different times, one will take priority over the other. Rather than commuting via the MRT, I run home from work; which takes about the same time.”

“I get up early on the weekends so I’m home for a family breakfast rather than encroach on family time. I typically manage 8-12hrs training per week this way, but I believe far from my training being a distraction, the discipline and time for reflection it gives me is invaluable and makes be a better husband, father and banker.”

The Para Approach To Endurance Running

Sam also held the distinction to be the youngest major since World War 2 within the prestigious Parachute Regiment in the British Army. Were there any skills or training that carried over from his time in the military that served to help his endurance running?

“The Parachute Regiment is a remarkable unit that I feel privileged to have served with. When facing seemingly impossible tasks, the Para approach was ‘not can we do this, but how do we do this?‘ and I think that approach carries over pretty well to all walks of life; whether running a team in an investment bank or an ultra-marathon.” If you do want to learn more about Sam, he will be sharing his training tips and more at the sharing session, which takes place on 23 April (Wednesday), 7.30pm-8.30pm at HomeTeamNS@Bukit Batok’s Auditorium.

Admissions are FREE, but interested parties would need to register through email.

Registrations are still open for the HomeTeamNS REAL Run, which takes place on 18th May, Sunday.