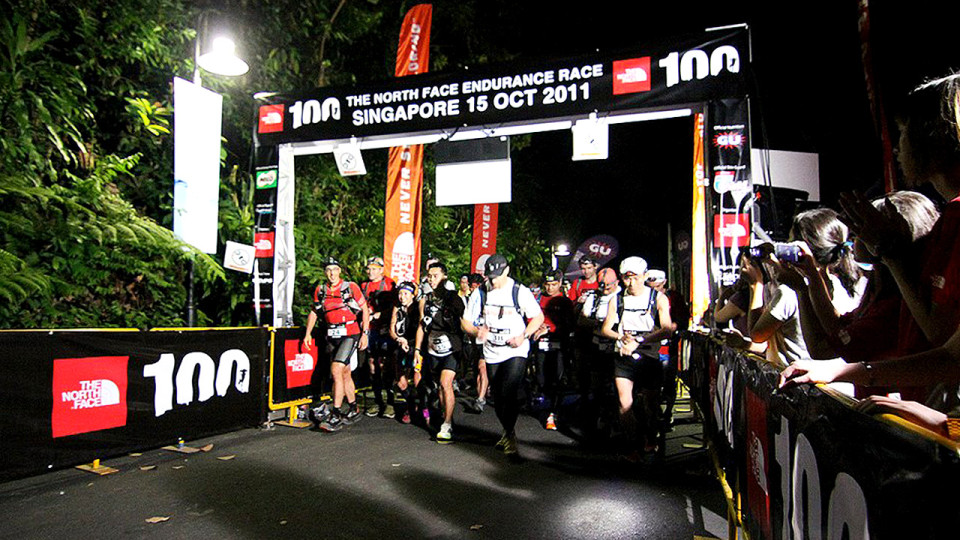 The North Face 100 (TNF100) can be considered one of or if not, THE most gruelling competitive run in Singapore. Already in its fourth leg, the race has seen the number of participants increase from an initial 300 in 2008 to 1, 500 this year – hats off to these peeps.

Reality check. 100 kilometres is equivalent to almost two and a half marathons! What’s more, TNF100 is an off-road race. In addition to the added strain on those leg muscles, runners have to be constantly vigilant to negotiate the unpredictable trails and at the same time, safeguard their personal safety. Just so you know that the 100-kilometre Solo category will flag-off at 1am. With the lack of visibility, it’s just about the perfect concoction for any form of mishap to happen if runners let down their guard.

TNF100 has three distance categories to cater to trail runners of different levels:

As illustrated below, the 100-kilometre route will start and end at MacRitchie Reservoir, skirting along the inner tracks of Rifle Range Road, Bukit Timah, and the Gangsa Trails, before looping around Lorong Asrama and Ulu Sembawang PCN.

The 50-kilometre route will make the loop at Bukit Timah instead, just off Dairy Farm Road.

Last year’s 100-kilometre Men’s Solo category winner, Hisao Yamanaka (Japan), completed the distance in 11 hours 12 minutes and 32.91 seconds. But we might be expecting that record to be broken by one, if not two, Chinese nationals who will make guest appearances. They are Yang Jiagen, 26, and Liu Junyan, 36, both of whom were Champions in their home country’s 100-kilometre Solo category just recently. Yang Jiagen (Men’s Champion) clocked a time of 8 hours and 1 minute while Liu Junyan (Women’s Champion) did 10 hours and 39 minutes.

Chances are they’ll find it tougher here because of the humid climate but you never can say can you? Guess we’ll know on 15 October. The RunSociety team will be at the Finish line from 9am!