Which Are The Longest, Oldest Running Races on Earth? 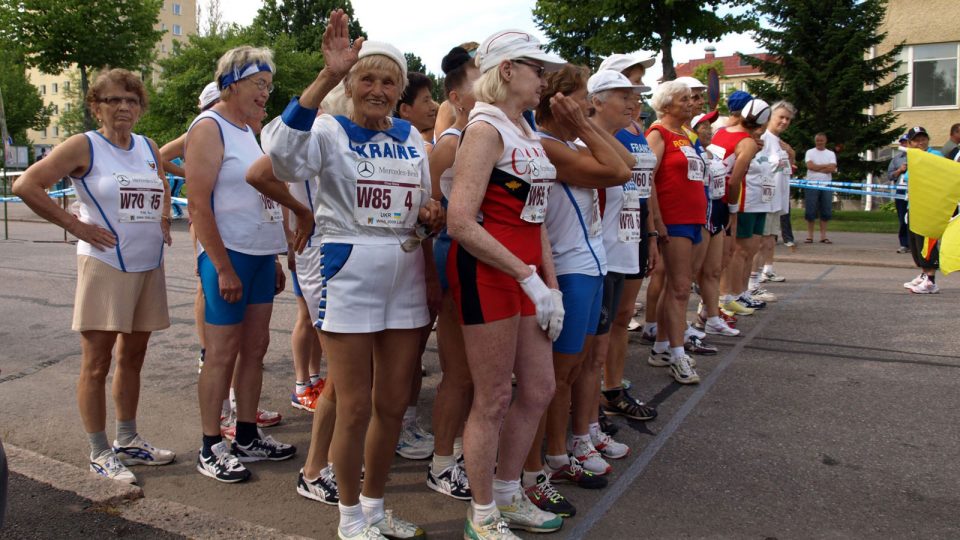 If you have a vivid imagination, envision the earliest people on the planet running from one place to another to avoid conflict, settle in new territory and satisfy their curiosity for what’s over the next horizon. Take that line of thought to the next level and learn more about the subject of history and landmarks associated with running and voila! You’re a curious sort.

Probably not as curious as a cat, but then you don’t have to be because you have us to fill in the blanks. If this short history of running intrigues you, we urge you to keep digging on your own.

Take Us to The Greeks!

Where to start the search for landmarks and history associated with running? Ancient Greece, of course. That’s where running as a sport can be traced back to 776 BC.

Anthropologists might cite homo sapiens or another hominid as the official beginning of foot racing, but it’s doubtful primitive, migratory iterations of man stuck around in one place long enough to hold competitions.

How did man’s instinct to run competitively come about? Some say it’s biological; man’s innate desire to excel at all things and running just happens to be on the list of challenges resulting from the natural instinct to run.

It might surprise you to learn that philosophers like Aristotle and Plato began acting like trainers by giving competitive runners advice on conditioning and lifestyle changes, just as today’s trainers and coaches do.

Plato, for example, was the first philosopher to insist that both the mind and the body must be addressed if athletes’ are to perform to the limits of their ability. The subjects of music and diet were also addressed by philosophers thousands of years before carb loading, recovery and training diets and 500 tunes on electronic devices assisted contemporary runners in their quests to perform at optimal levels!

After all, at the onset of the first Olympic games, men like legendary runner Pheidippides ran the torch from Athens to Sparta and back to Marathon in 490 BC by taking the advice of these wise men and without benefit of gels or hydration stations.

Of Plagues, Socks and Revolutions

The Italians reluctantly give credit to the Greeks but they insist that their running history is equally prestigious. Some swear that the Palio del Drappo Verde is the world’s oldest running race and we’re sure there are reasons they believe this despite the fact that the institution of the Palio del Drappo marathon in Verona only goes back to 1208.

Interrupted only by the French Revolutionary War in 1798, this race remains a symbol of Italy’s proud athletic heritage. While the Verona marathon took a hiatus for two centuries, Scotland’s first marathon, the Carnwath Red Hose Race, was instituted in 1508 and was halted only by war and the Bubonic Plague that assaulted northernmost reaches of the UK.

Happily, the Red Hose event is still staged today as a 7k or 8k race that has competitors sprinting around churches and Scottish landmarks in celebration of 600 years of contiguous racing. Are winners of the Red Hose honoured with medals? Not exactly; they receive a pair of red socks in keeping with tradition.

When 1896 rolled around, Greece re-instituted the Olympics in what is still considered to be the grandfather of contemporary marathon runs. Using the distance run by legendary sprinter Pheidippides of 24.85 miles as a base, organisers chose this distance for both nostalgic and historical reasons.

The pageantry and ceremonial aspects of ancient Greece have been maintained by Olympics organisers since 1896, but surprisingly, another race staged that year (The YMCA Turkey Trot) took place in the U.S. that not many people know about.

The 8k YMCA race, staged in Buffalo, New York, even superseded the first Boston Marathon held five months later, but the first Buffalo marathon barely survived the scandal that erupted when one team had to forfeit first place because runners were caught hitching rides on a wagon that got them to the finish line first!

How Long is Too Long?

That 24.85 mile distance benchmark for future marathons was ultimately dwarfed by the introduction of the 3,100 mile marathon in the 20th Century. Does this sound impossible? Not to runners willing to give up days in pursuit of the world’s longest distance record.

The first 3100 was held in 1997. Californian Edward Kelley took 47 days; 15 hours to reach his goal which was broken five years later when Germany’s Madhupran Wolfgang Schwerk ran the distance in 42 days; 13 hours.

This extreme challenge continues to intrigue runners pursuing mention in the Guinness World Book of Records, which is exactly where Finland’s Ashprihanal Aalto is headed following his 2015 PB: running the 3100 in 40 days; 9 minutes. It’s important to add that while the 3100 is an extraordinarily long distance, it still shares commonalities with ancient Greek marathons where philosophers called the shots.

The 3100 Self-Transcendence won by Aalto is an homage to the teachings of spiritual leader Sri Chinmoy, who also believed that inner discipline and proper training and diet are the keys to optimal performance and marathon records.

Although Singapore got a late start on the international running scene, the groundwork for today’s vibrant running scene was laid in 1934 when the Singapore Athletic Association was established. Although fitness initiatives took a backseat to WWII, once the occupation ended, the nation resumed its commitment to green space development and recreation.

East Coast Park opened in the 1970s and by 1982, Singapore’s first International Marathon was held there, paving the way for an explosion of runs, marathons and races over the next 30 years.

The Standard Chartered Marathon Singapore (SCMS), first staged in 2002, has become the gold standard for serious, passionate racers who have watched this event grow from 6,000 to 65,000 runners in 14 years. Does this bring to an end the story of the longest and oldest Singapore marathons?

Of course not. While it’s anyone’s guess what records will be broken in the future, Singapore will undoubtedly be among nations who witness landmarks and records as a direct result of the nation’s commitment to the health and well-being of all of her citizens.

You’ve just read that from ancient philosophers to today’s trainers, mind and body must both be addressed if a runner is to perform at the top of his game, but we’re curious:

Does knowing more about the history of running enhance your personal experience as a runner and make you more aware of the importance of the mind/body connection?

Dr. Vicky Lauran is a certified holistic life coach and nutritionist, she also has 8 years' experience as a power yoga instructor and holds a Ph.D. in exercise, nutrition and health. She has worked with major online publishers like Web MD and Huffington Post and now is a residential contributor at RunSociety. She loves bringing what she knows to the community and hopes to help everyone on the road to happiness.